Raising a Baby/Toddler in Italy versus the US

Mike and I have lived abroad before, in vastly different places like Mexico and China, but we’ve never lived abroad with a kid before. So we were kind of nervous about making the leap again with a kid in tow. Especially a very tiny kid. So much more responsibility!

8 months in and things are going pretty well. Our little baby is now a full on walking and talking toddler. If anything  I would say raising a kid in Italy is easier than in the United State, for these reasons: 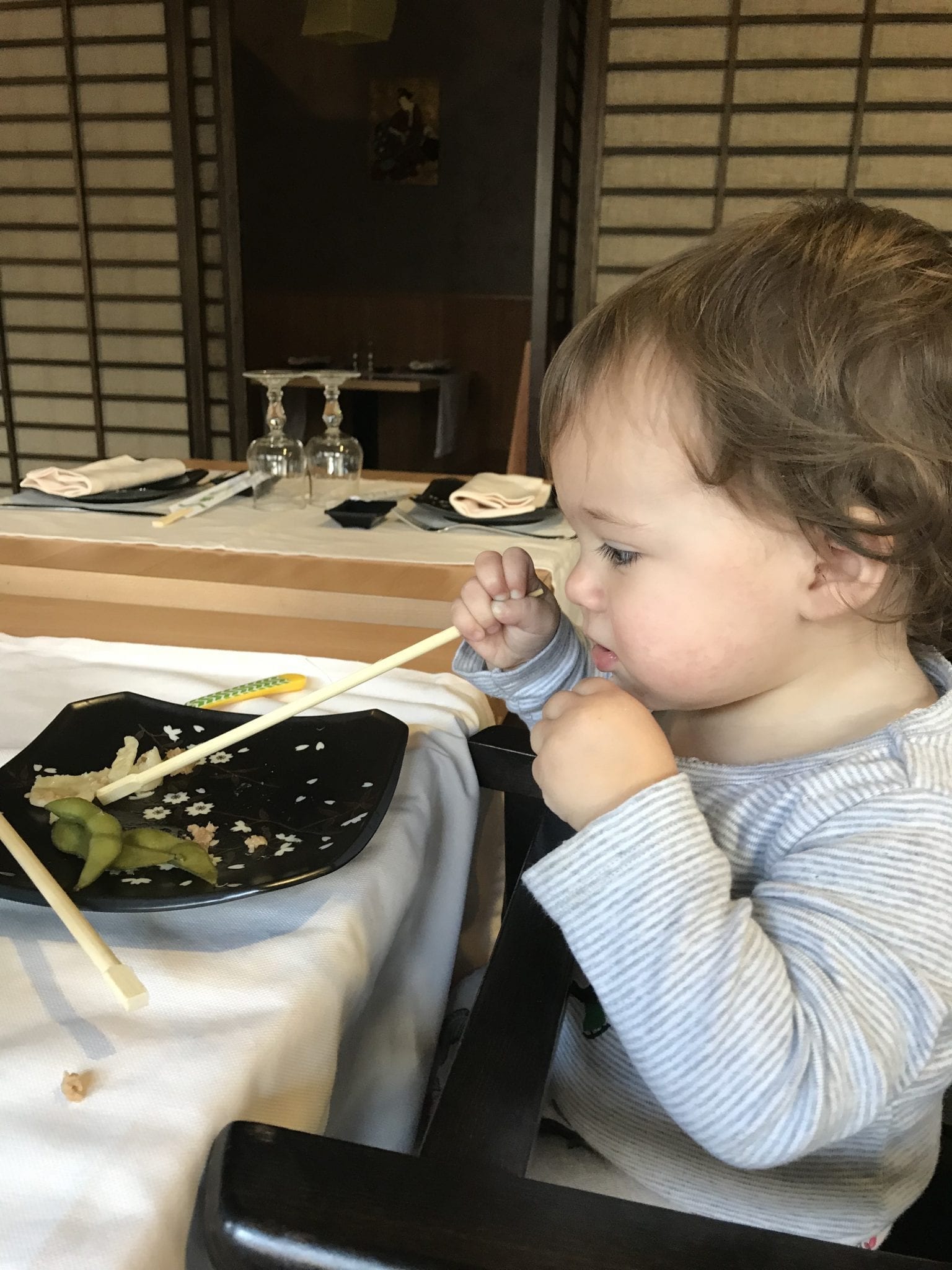 In Seattle, people were more interested in Leo than Marcella, but here people love babies. They make room for us on the bus, or in crowded restaurants, neighbors, strangers on the street, shop people all stop and coo. Babies aren’t an inconvenience, they are a blessing.

We went out to dinner with some friends the other week, to a restaurant where the waiters love Marcella. They took turns chatting to her in Italian, bouncing her around, and even took her back for a private tour of the kitchen.  In the US that would be pretty weird but here it’s par for the course.

We Can Actually Afford Daycare 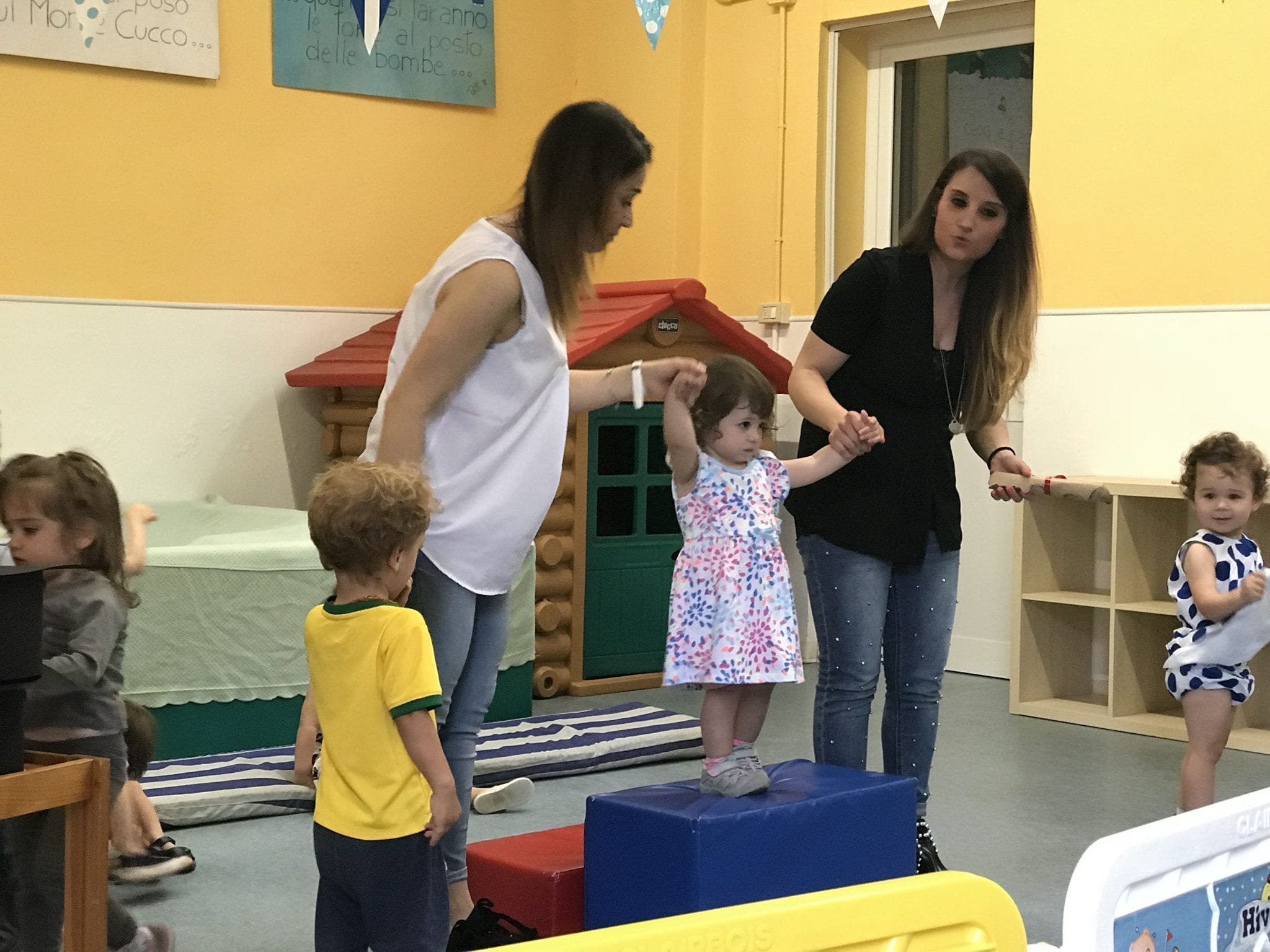 In central Seattle daycare is basically like paying second rent. We’re talking thousands of dollars a month. We couldn’t even consider it.

Our options here are much more affordable. Although we couldn’t nab a space at a public daycare (which runs on a sliding scale by income), Marcella’s private daycare is less than half what it would have been in Seattle. And honestly, it’s probably one of the most expensive daycares in the city, public centers are even less.

Being able to send Marcella to daycare half the day has been one of the greatest blessings of this move. She loves it, she’s learning Italian, her social skills are improving, and Mike and I actually have a chance to get work done without constantly handing her off to each other.

And Preschool will be Free!

Just one more year and Marcella will be in the public school system. Preschool in Italy is full time and is completely free for kids age 3-5. It’s almost like they value early-childhood learning.

They Have a Lot of School Holidays 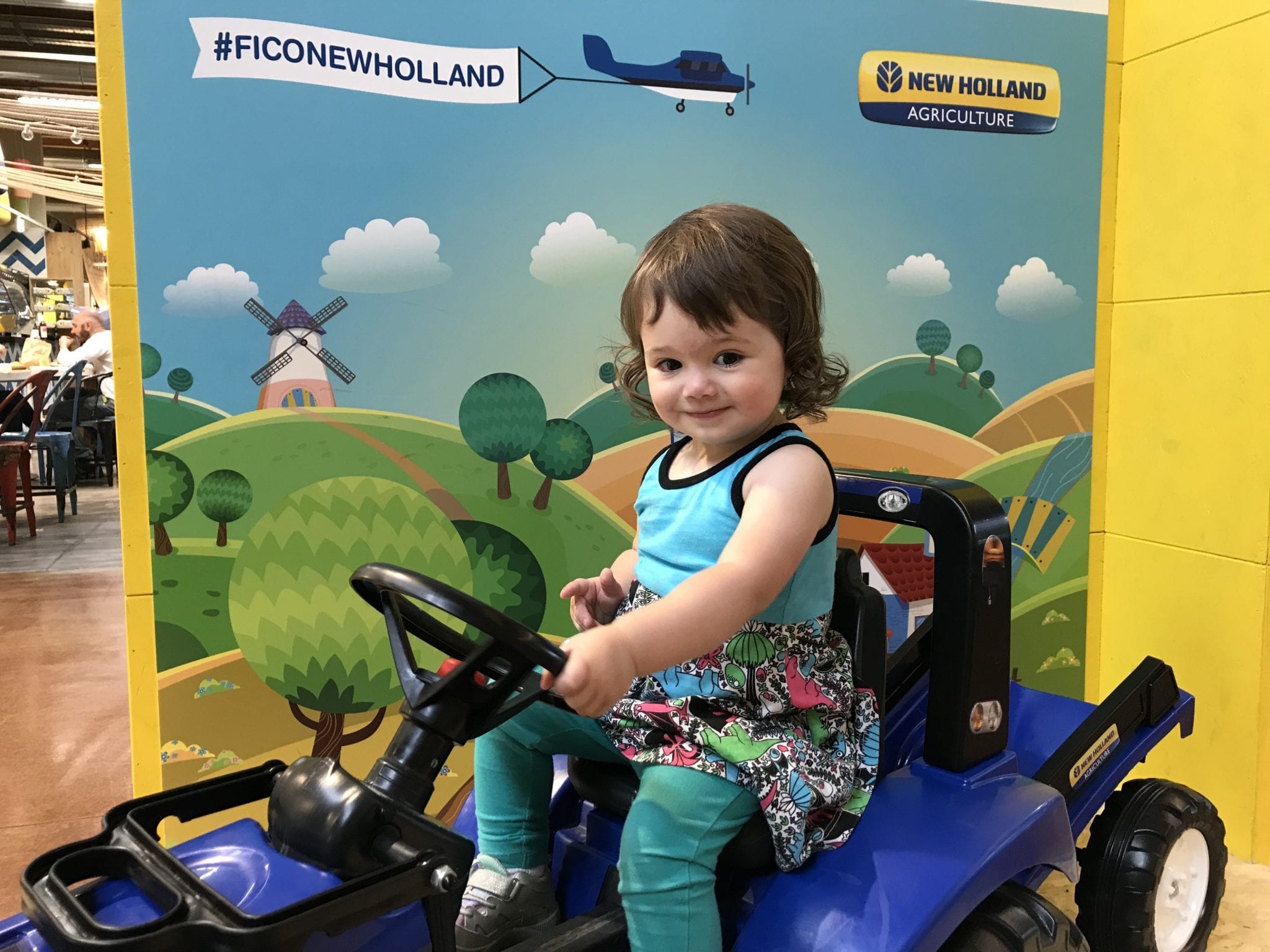 Parents in Italy must be flexible, or at least have grandparents who can pick up the slack. Marcella’s daycare is off all major holidays plus a week over Christmas and a week over Easter. Oh, and the entire month of August. I guess it speaks to a better work life balance, but you could imagine if every parent in America had to scramble for childcare for the entire summer? I guess a lot probably do actually. At least in Italy they offer plentiful state-run low-cost summer camp options.

Not just for kids obviously, for everyone! We were lucky to have very good insurance in the states but it’s such a relief not to have basic healthcare tied to our employment status anymore. All doctors appointments are free and prescription meds cost only a couple euros. Which is good because Marcella has been bringing home every ailment under the sun lately. 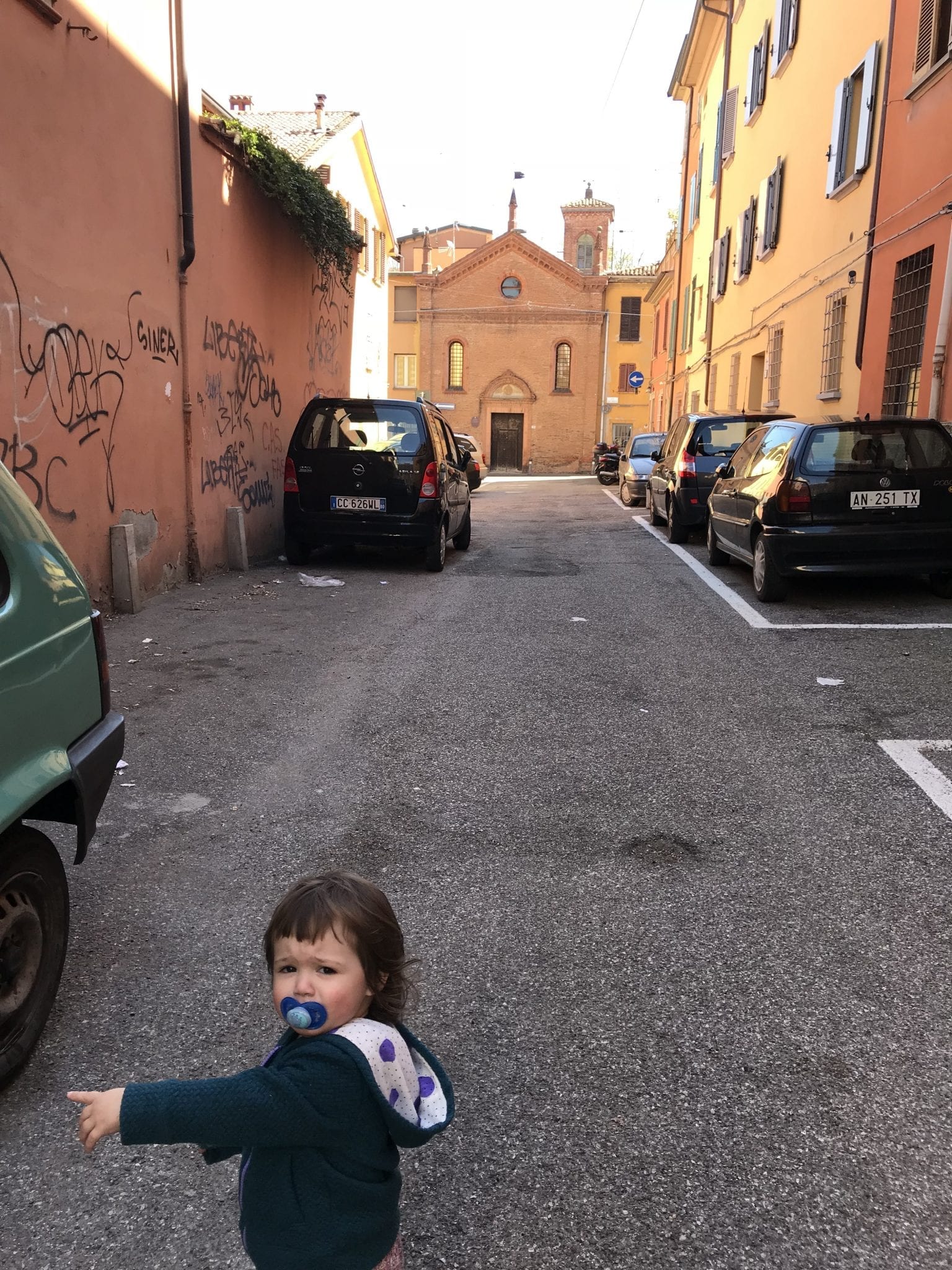 A couple months ago we received a certified letter summoning us to the department of health to show proof of Marcella’s vaccination record. That’s because childhood vaccines are mandatory by law here now. The law is controversial but seems like a great idea to me.

It’s not perfect here though, by any means. Here are some of the drawbacks: 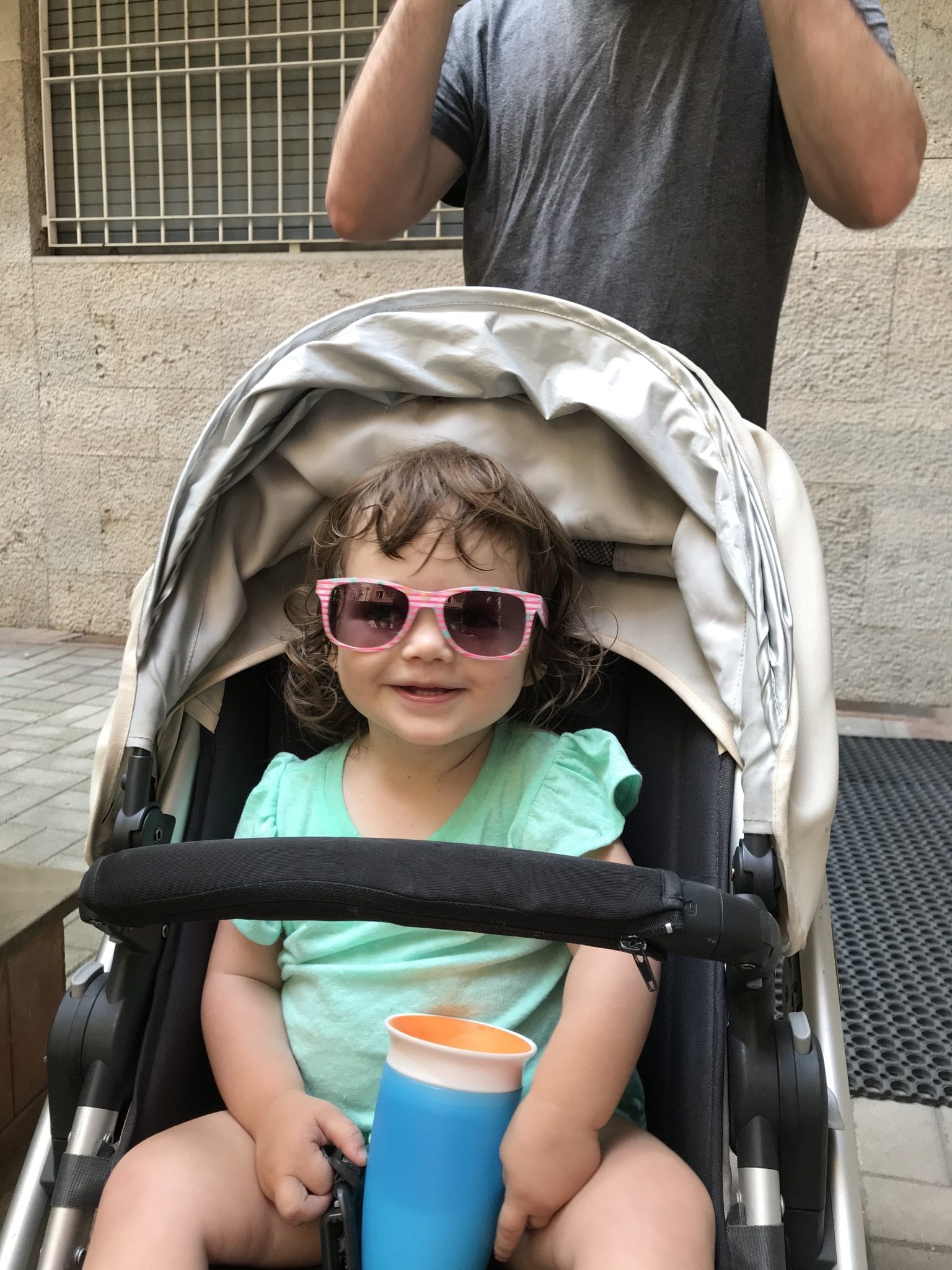 Probably because everyone is so invested in your baby, there is no end to unsolicited advice from complete strangers. When we first moved here people on the street, usually older women, were constantly admonishing me that my kid was cold. She wasn’t, Italy November is basically Seattle summer, but they dress for the calendar here, not the weather.

It can be eighty-degree weather, but if it’s April, someone is going to pull you over to judge your parenting  because you put your kid in shorts (this actually happened).  Or you cleaning lady will ask if your baby really only sleeps with this thin blanket and isn’t she freezing? (jokes on you, Marcella won’t even use a blanket at all!).

I would be lying if i said this doesn’t bother me. If someone in the US admonished me for not putting shoes on my kid, it would be unquestionably rude. But that’s not the philosophy here, and it’s just the way things are. 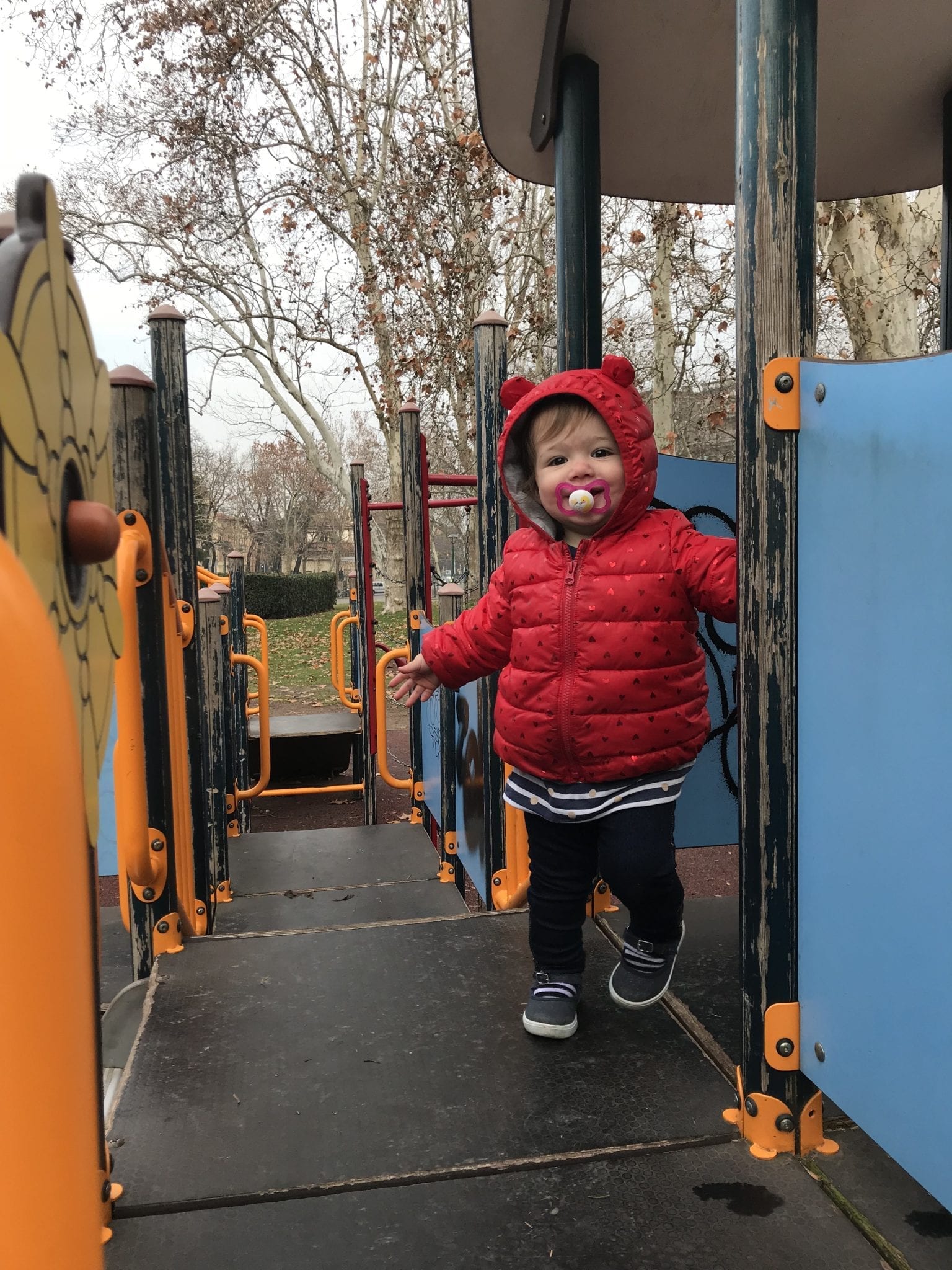 When we moved I packed an entire suitcase of clothing for Marcella in the next two sizes up. This was the right move: kid’s clothing here is SO expensive! I don’t know why anyone would spend 50 euros on a romper that their kid is definitely going to stain with berry juice, but I guess that is the norm here. I’m going to continue picking up Marcella’s clothing for mere dollars online at Carters and Old Navy in the states. 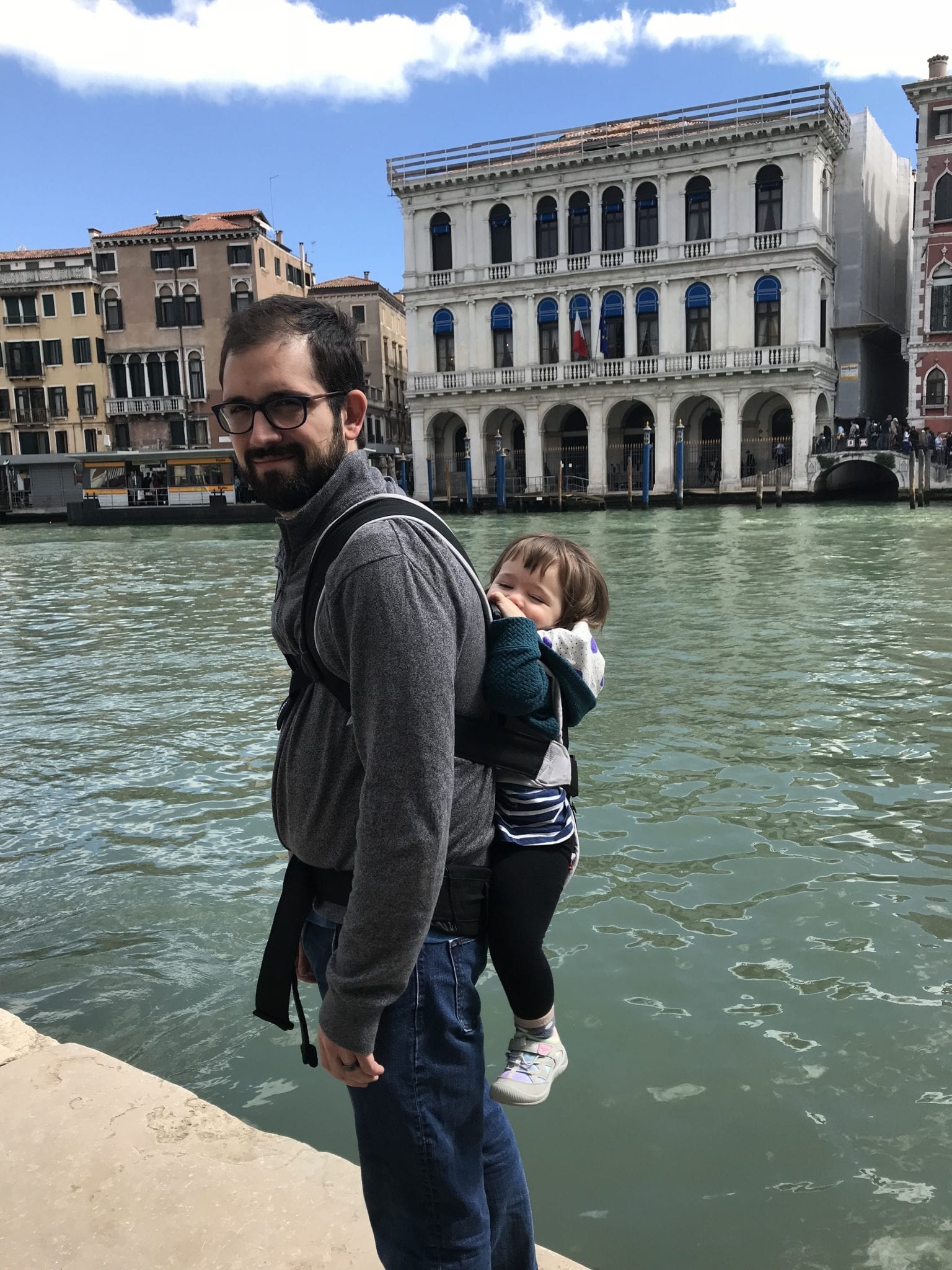 This isn’t an issue for us, but even in 2018 it seems like a lot of old-fashioned, stereotypical behavior is alive and well in Italy.

Mike and I recently came across a long facebook thread on one of the Americans in Italy groups where people were complaining about their bossy Italian MILs.  I imagine it’s the unsolicited advice problem I mentioned above on steroids.

Mama’s boys are a big thing in Italy, as it’s not unusual for grown men to live at home until they marry- perhaps well into their thirties. Allegedly these men, get so used to their mothers doing all the cooking and cleaning that they never learn to do it themselves. I wouldn’t paint all Italian men with this brush of course, but it does seem to be a real issue.

An offshoot of that is that childcare responsibilities still seem to primarily fall on women. our daycare director was bowled over that Mike was the one who took Marcella to daycare orientation and stayed with her the first week. She said in her 25 years of teaching only one father has ever been this involved. In the US, or at least in our cultural corner of the US, this kind of involvement is not just normal, but expected.

Overall I think raising kids is the same everywhere when it comes down to the basics: feed them, play with them, love them. I will say that while some aspects of living in Italy make life much harder on a day to day basis, having kids generally seems easier thanks to affordable childcare, universal education and healthcare, and a generally positive cultural attitude towards children.