Writing Can Wait… But I’d Still Like My Tea

This morning I made myself a cup of tea.

I’d already successfully gotten Marcella out the door and to daycare, picked up some groceries and answered the emails that build up at night while I’m sleeping (thanks time zones). I’d defeated all my distracts, it was finally time to sit down and do some real work.

Making a tea is one of my favorite rituals. I heated my water in my mini kettle, measured out my loose leaf tea- fancy English Breakfast tea that my friends had brought me from London, and let it steep. I added a splash of milk, no sugar. I was making good time on my manuscript goals for the day. If I kept at it, I could probably dedicate an hour or two to creative writing later this afternoon.

I took a sip. The phone rang. That was pretty jarring- my phone never rings- I live in Italy and don’t speak Italian. Anyone who needs to reach me messages me on Facebook or WhatsApp. Nobody calls me ever.

It was daycare. Marcella had a fever and needed  to be picked up immediately. I put my cup down.

Thirty minutes later I was on the couch, watching Sesame Street with a hot toddler in my arms.  My tea was placidly cooling next to my abandoned laptop in the next room.

Being a parent means never finishing a hot cup of tea. 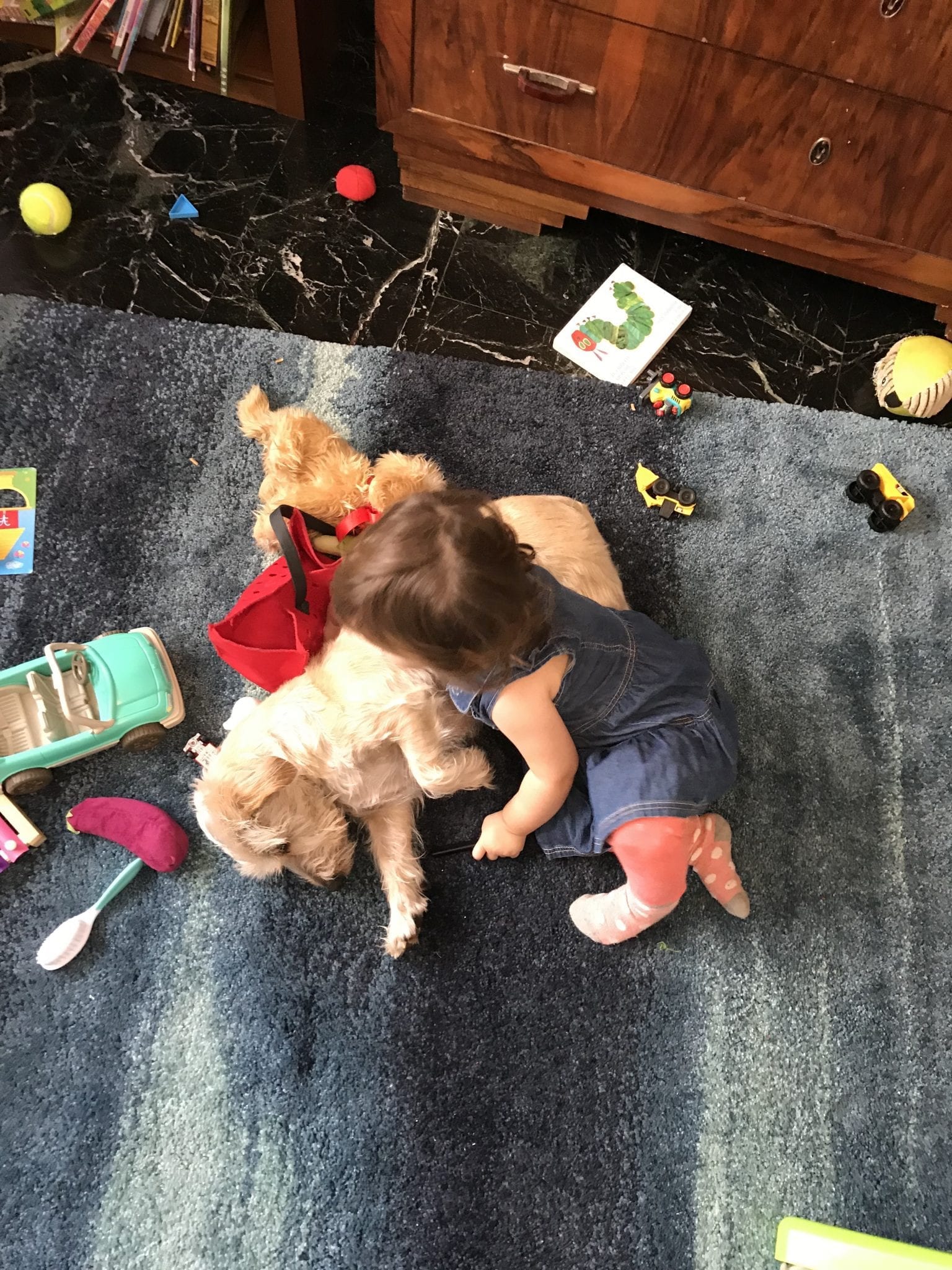 None of this is very surprising. For months now I’ve had to fight tooth and nail for a quiet moment of concentration. First, we had a long parade of visitors. That was lovely, but highly distracting. Even without houseguests there is always something: someone is sick (or lately, everyone is sick), someone needs a hug, shopping needs to be done, the dog needs to be walked, someone is hungry, the washing machine is broken so someone has to go sit at the laundromat for two hours (this has thankfully been resolved at least). It’s all I can do to stay on top of my paying work.  It’s not that Mike isn’t doing his share either- he’s really busy too, fighting the same battles between work, kids and well, life.

I suppose if I were a really dedicated writer, I would write at night, after M is in bed and the house is finally quiet. JK Rowling managed to write Harry Potter with a toddler in tow after all. But I’m no JK sadly. By 8 pm I am mentally checked out. I want wine, tv, cross stitch or maybe a good book. I want to just be a person for an hour or two before bed.

And it’s not like I don’t write at all. Since January I have written well over 100,000 thoughtful words. You’ll never read them though, or at least not under my byline. The work I do for other people is necessary, and sometimes entertaining, but it’s still work.

When I imagine writing for myself, it looks so nice. I’m sitting out on our sunny balcony with my laptop, sipping a glass of lemonade, while church bells ring from across the way. My words are beautiful, well chosen and inspiring.

In reality, I wrote this post on my phone, tapping out the letters one at a time with my thumb while Elmo sings and a feverish toddler wiggles on my lap. Also it’s pouring buckets outside.  Instead of writing something insightful about Italy, I’m complaining.

I always try to remind myself that this is just one season of my life. Things won’t always feel so crazy, my kid won’t always need me so much, someday, hopefully, I will have time to do the stuff I really want. And writing something is better than writing nothing, even if it’s this meager offering.

I’m certainly not giving up. I have too much to say. But, if you’d like a real picture of our “glamorous Italian lifestyle” here you go. Being the mother of a toddler is the same everywhere in the world I think: overly complicated, overwhelming, weird, but also really really worth it. 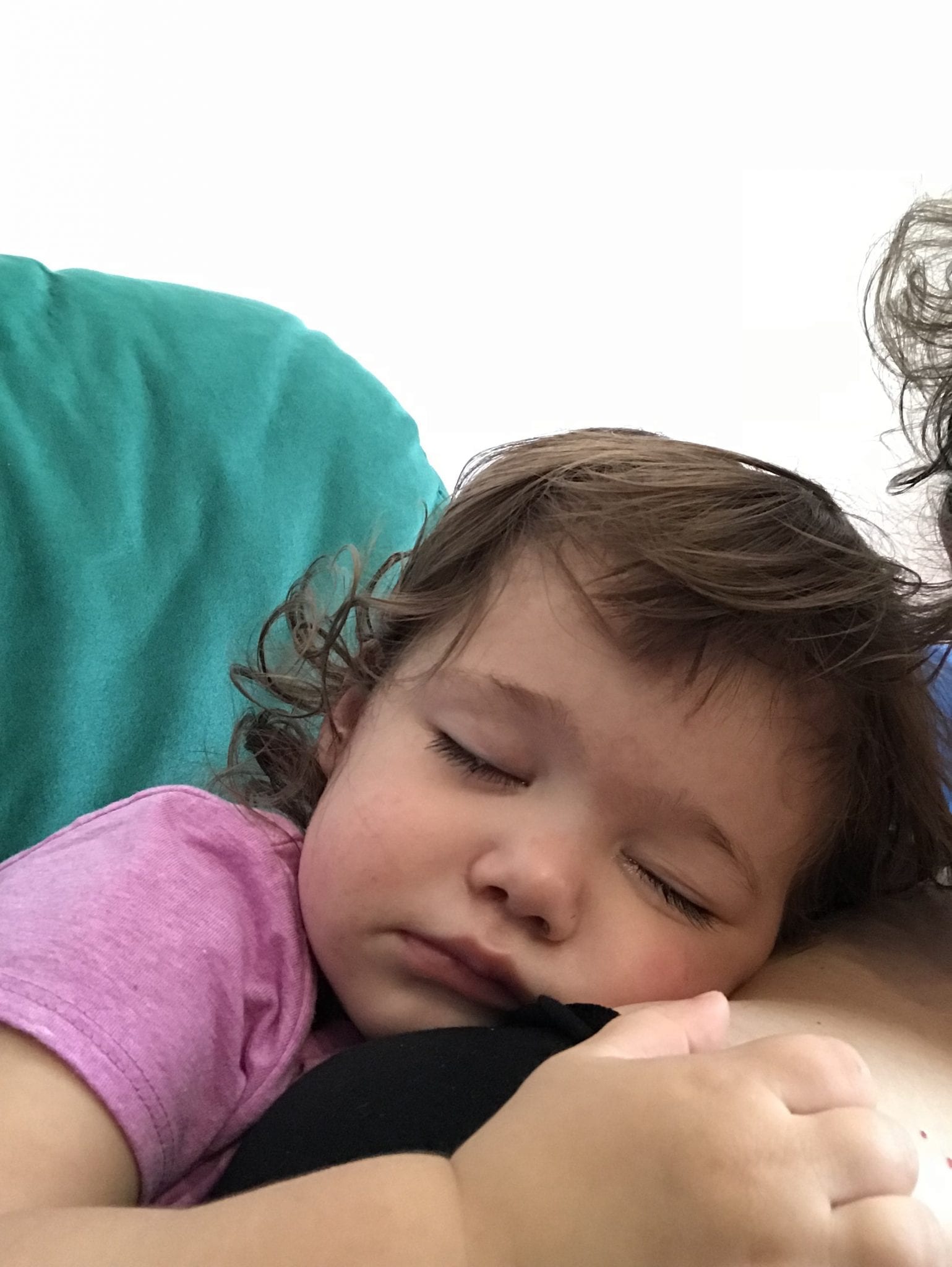 After all, she won’t want to cuddle me like this forever.