If you go out to dinner with Mike and I in Bologna, there’s a pretty good chance we will insist on splitting a tagliere misto as an appetizer.

Tagliere literally means cutting board. A tagliere misto is simply a board filled with regional meats and/or cheeses. We’d probably call it a charcuterie board in the States. It’s one of the best ways to experience local cuisine in Italy.

Contents vary, but here in Emilia Romagna you are likely to find:

There are a ton of other possibilities: assorted salami, squaqerone cheese, coppa, culatello, etc.

If you’re lucky your tagliere will be served with crescentines/gnocchi fritto, this amazing pillows of fried dough.

There might be olives, or tapenade or grilled veggies or something, but I wouldn’t bank on it. At it’s heart, tagliere is about meat, and cheese. And, paired with a glass of lambrusco, it’s the perfect appetizer. Unless you’re a vegan, I guess. 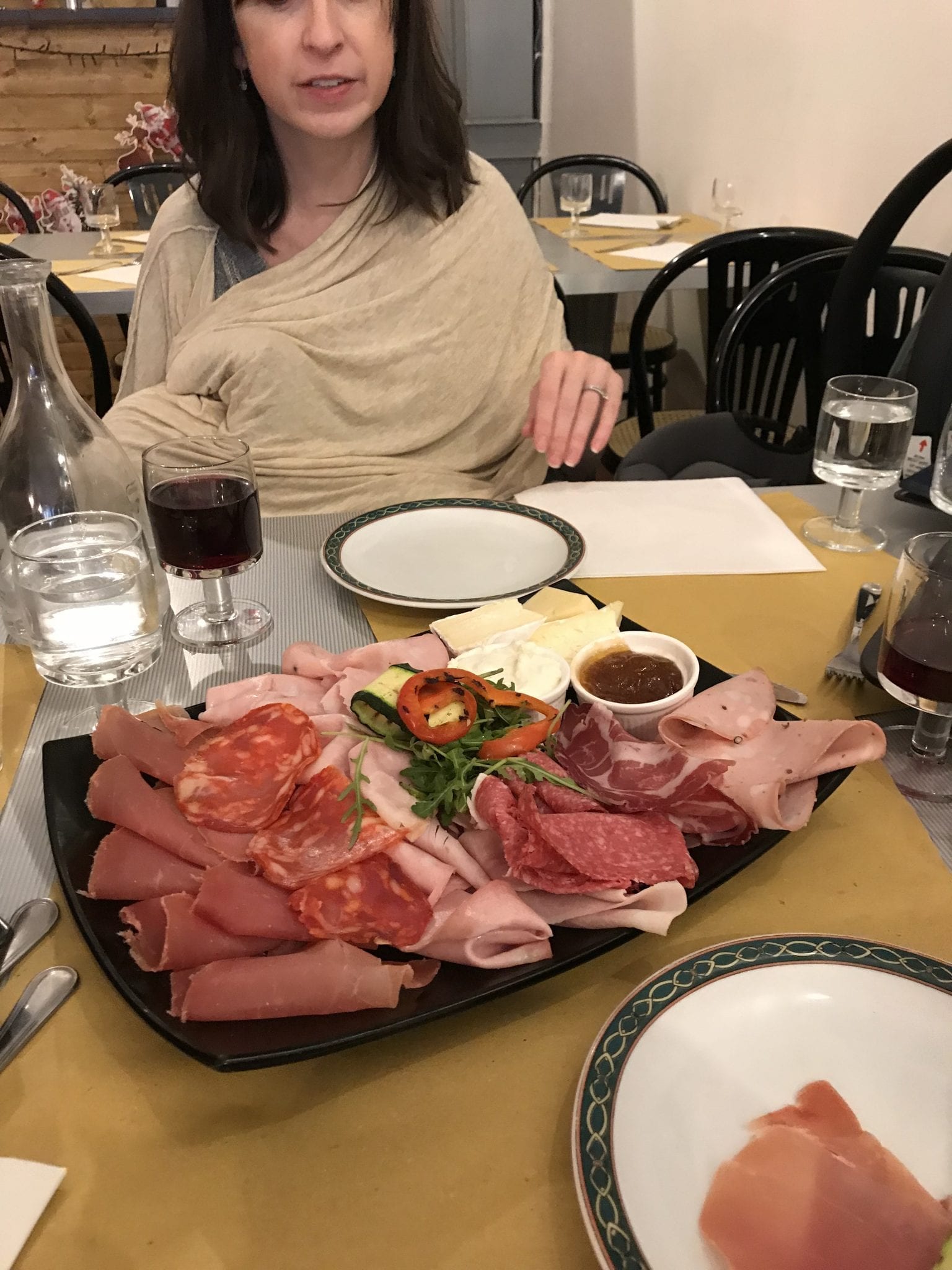 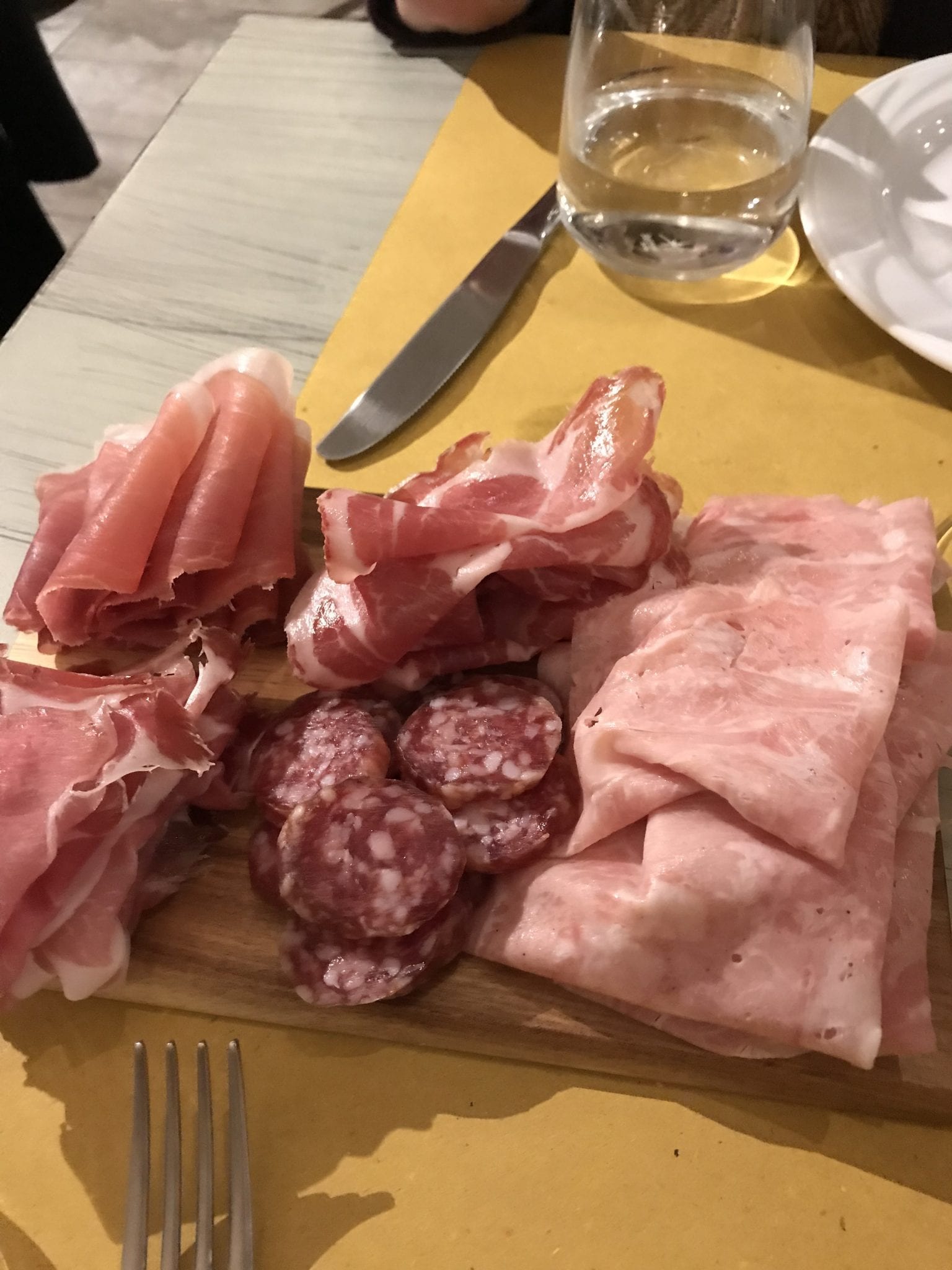 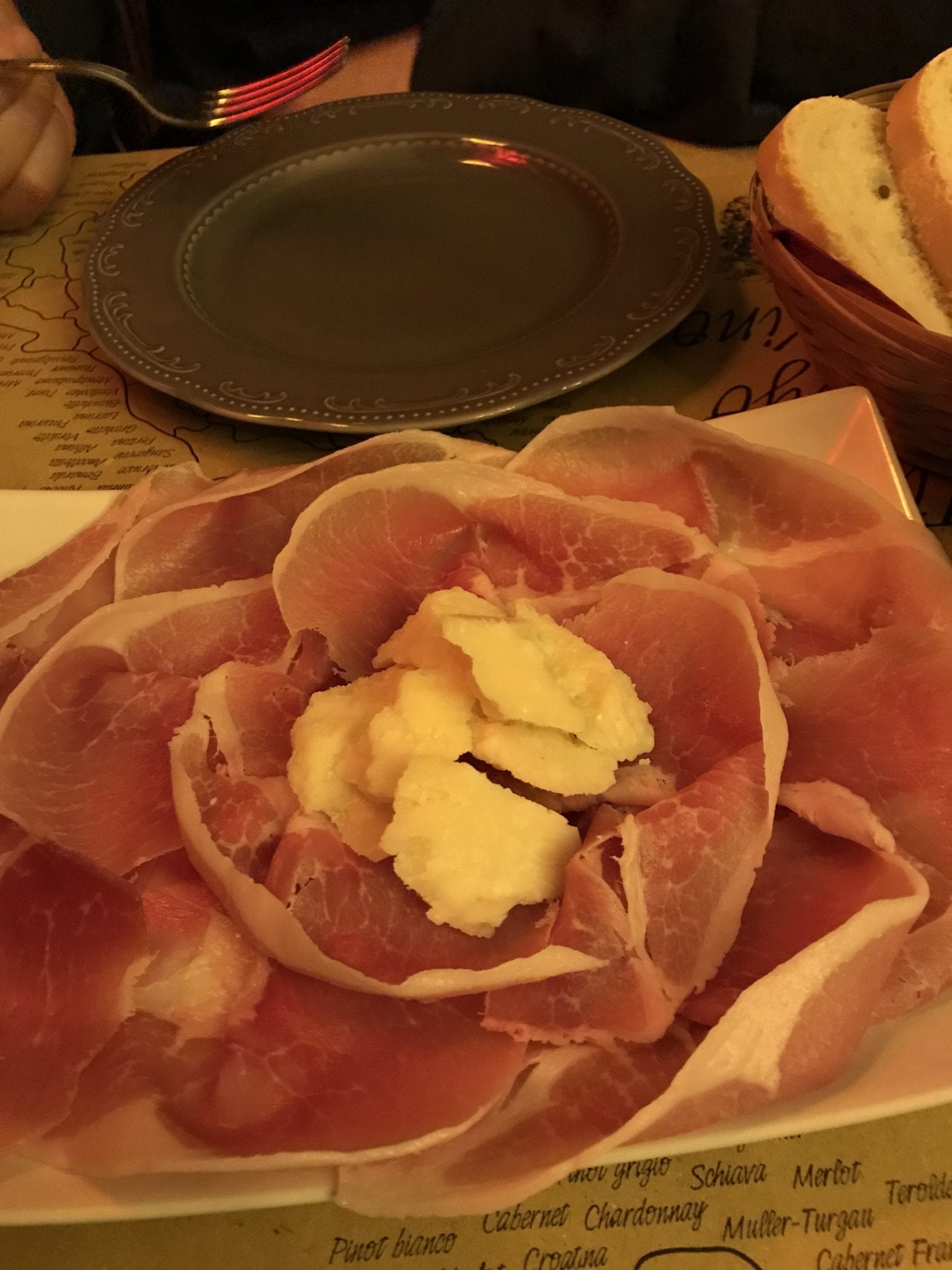