Modena is one of the easiest day trips from Bologna. It’s only a 25 minute train ride away, and is famous for fast cars (Ferrari, Lamborghini) and slow food (balsamic vinegar). You might know it as the city where Aziz Ansari lived in the first couple episodes of last season’s Master of None.

I first visited Modena on our first trip to Bologna back in 2013. The highlight of that trip was a tour of a family run balsamic vinegar factory where we sampled vinegar as carefully cultivated and rich as wine. Afterwards aimlessly wandered around Modena. The famous cathedral was under construction and totally covered up, leaving us  wondering a bit what all the fuss was about.

We finally returned in March while my Mom was in town, and I finally found out what the fuss was about: 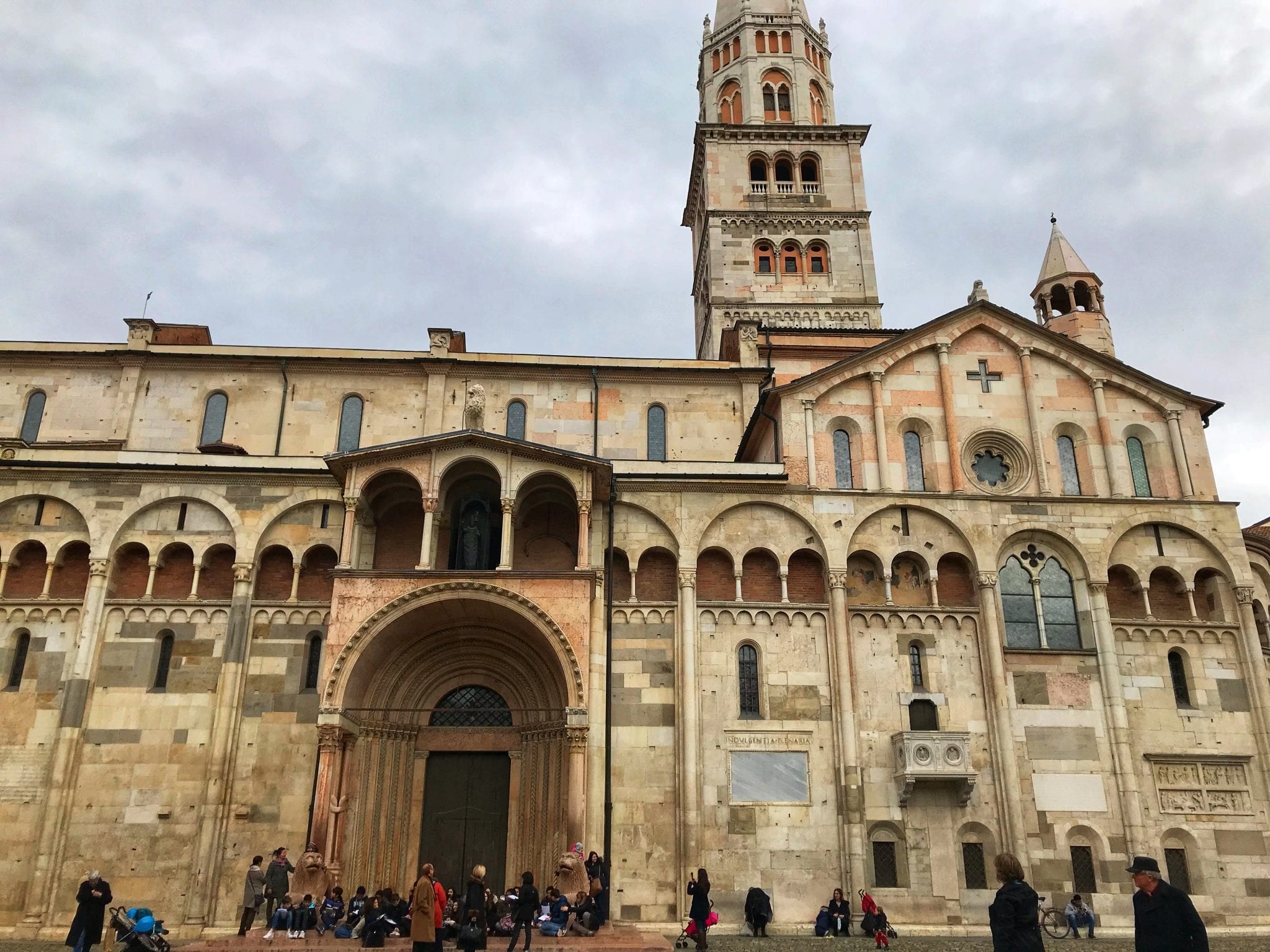 In a country flooded with churches, Cathedral of Modena and the attached Ghirlandia tower are pretty unique looking. Built in 1184 in a Romanesque style, the building looks like a colorful patchwork of pink an tan marble. The tower can be seen for miles around and is the symbol of the city. Together they are a UNESCO World Heritage Site. 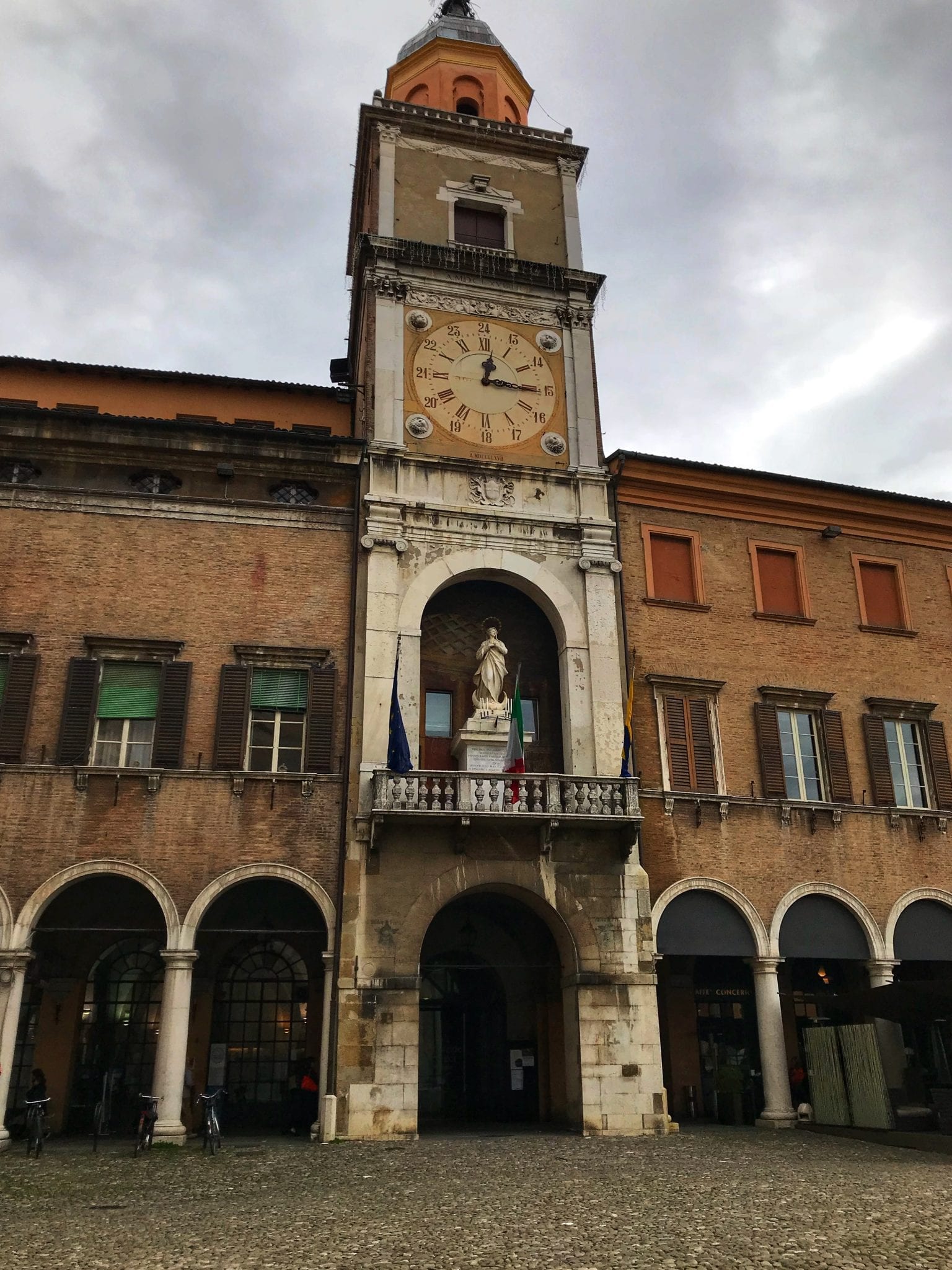 Modena is a delightful city. It’s smaller than Bologna and has a different, quainter vibe. We stumbled across a lovely little charcuterie market featuring products from all over Italy. After much deliberation we settled on some truffle salami as a souvenir. 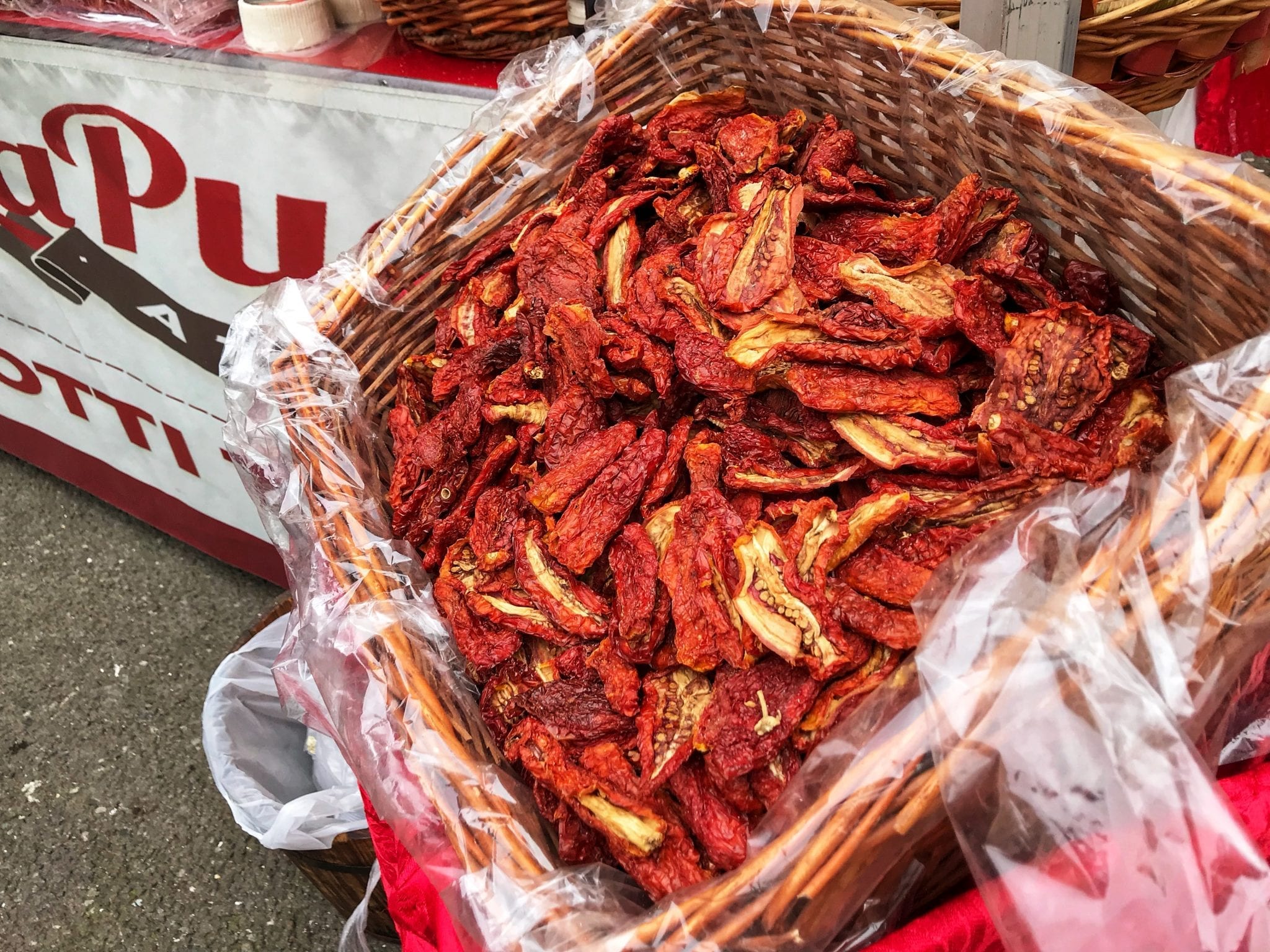 Then we headed to lunch at a delightful restaurant that Mike found on TripAdvisor. It’s cliche, but TA has really become are go-to for finding food in Italy. Yelp isn’t really used and there are always thousands of reviews and pictures on the TA app. Today it led us to Ristorante Uva d’Oro, where we had giant helpings of pasta and an amazing tagliere board.

Afterwards we wandered a bit, finally stumbling across Modena’s great produce market, that I vividly remembered from our last trip. I love produce markets in Italy so much because you really get a picture of the beautiful and rich produce the land here can produce. Also they are good for snacking. 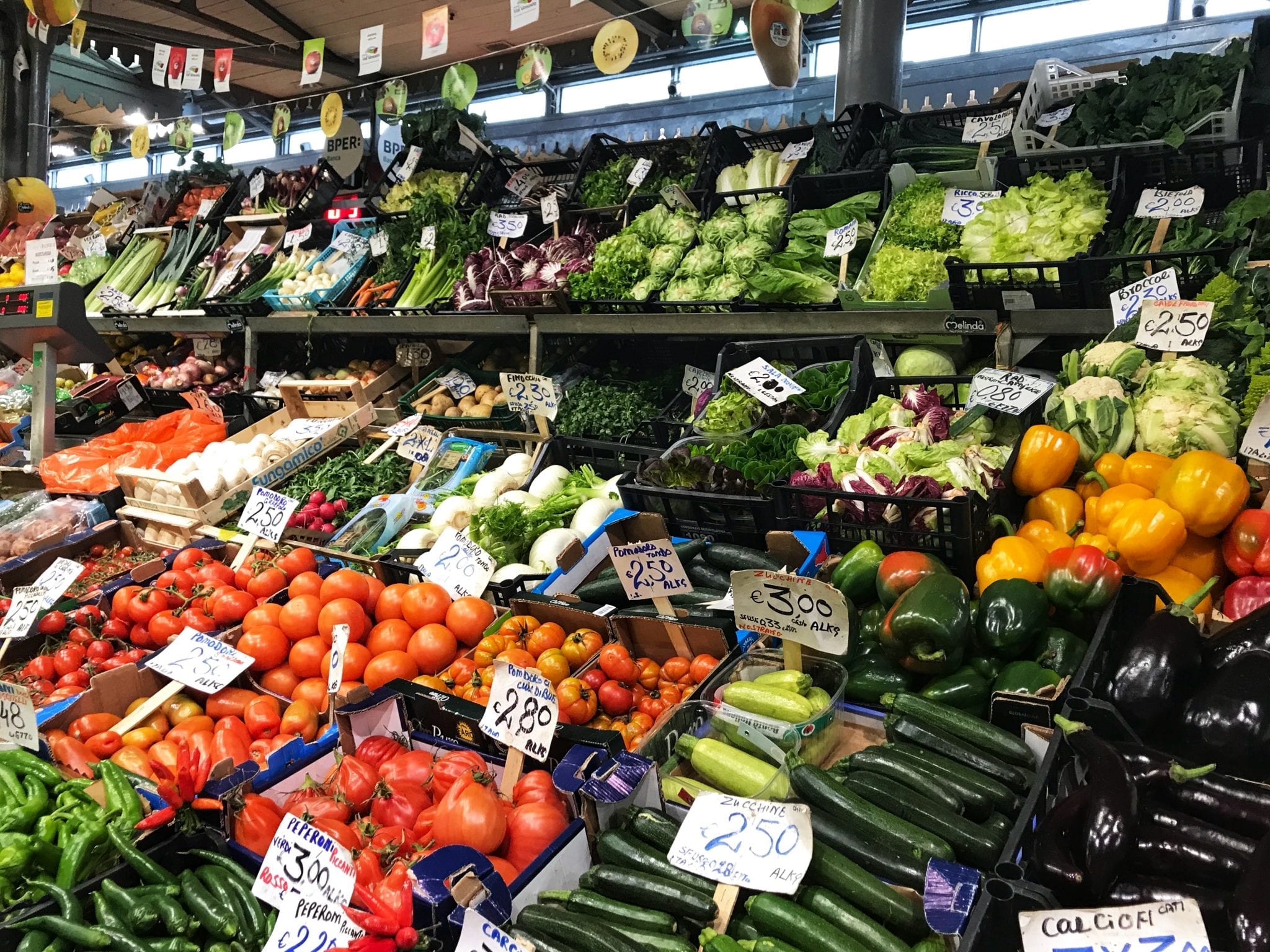 At this point both the weather and Marcella started to turn on us so we headed back to the station.

Modena is just thirty minutes away from Bologna by train, and less than 5 euros for a ticket. It’s a great day or even half day trip (even better if you can arrange to visit a balsamic vinegar or parmesan cheese factory).

1 thought on “Modena- A Perfect Day Trip from Bologna”